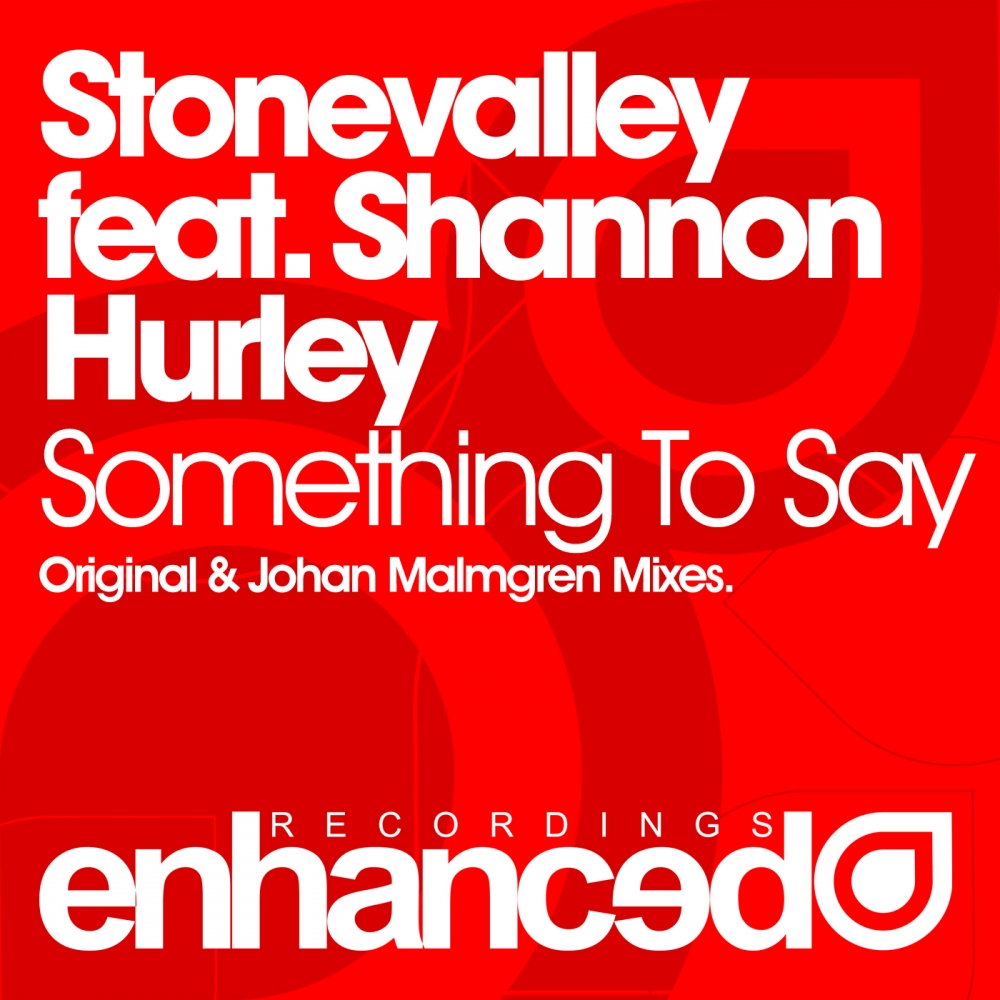 Stonevalley returns to Enhanced with his first vocal release. 'Something To Say' features the vocal talents of Shannon Hurley and a more modern approach from Olivier 'Stonevalley' Picart, but as with all productions from the talented Frenchman, the climax is truly one to savour.

Swedish rising star Johan Malmgren turns in a great remix which is packed with energy and groove, whilst getting the most out of Shannon's vocals and delivering a dancefloor shaking climax.

Support from Above & Beyond, Ferry Corsten and Gareth Emery.