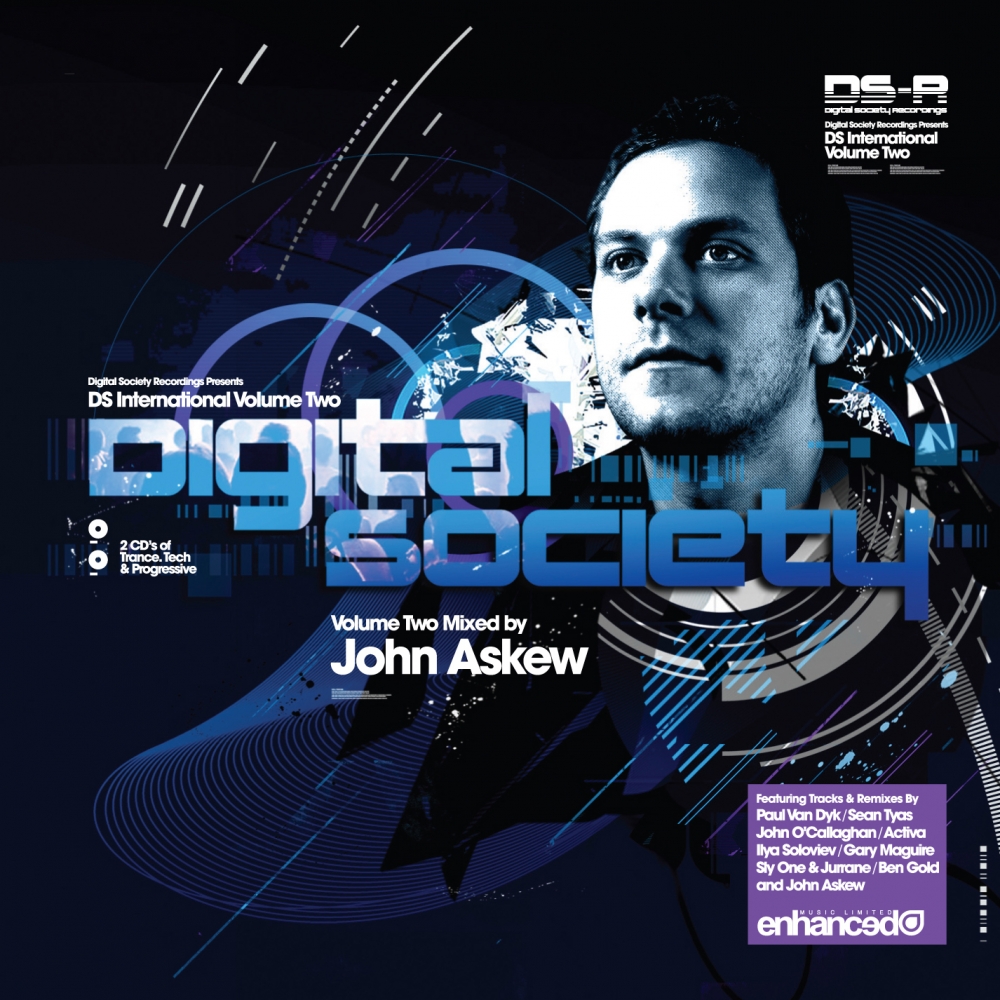 Digital Society is proud to announce the release of 'Digital Society International Vol 2' mixed by UK Trance legend John Askew. Hailed as the 'Holy Grail Of Northern Clubbing' by the music press and without doubt the most talked about trance night in the UK at the moment with jaw dropping line ups and a packed house every month, this is second foray into the compilation market for the brand following the acclaimed first edition mixed by Matt Hardwick.

A true Digital Society favourite, John Askew is without doubt one of the hottest tech/trance producer/djs in the world. Over the last decade his productions and remixes have seen massive support from Armin van Buuren, Eddie Halliwell, Tiesto and Paul van Dyk who has employed John's remix skills repeatedly on his highly respected Vandit label, whilst his excellent Discover labels are regarded as some of the best about.

From exclusive residencies at 2 of the World's most influential clubs (The Gallery and Ministry of Sound in London) to a constant stream of high profile guest slots around the world, John is now enjoying the rewards of over a decade of hard work. In the past 3 years John has played on all the far corners of the globe including: North America, Canada, Australia, Russia, Brazil, Colombia, Argentina, Venezuela, Egypt, Germany, The Netherlands, Romania, Bulgaria, The Czech Republic, Slovakia, China, Poland, Sweden, Turkey, Cyprus, Malta, Malaysia, Singapore, Taiwan, Indonesia, Greece, Ukraine, Georgia, and of course all over the UK.

Always one to push things forward and not go for the norm, John has crammed a staggering 47 tracks into the double cd; an amazing feat for a DJ mix compilation, especially in the trance genre. With tracks, re-edits and remixes seamlessly crafted into over two energetic hours of tech to peak time trance from the likes of Paul van Dyk, John O'Callaghan, Temple One, Activa, Aly & Fila and of course John himself, this is a master class in technical, crowd pleasing mixing and track selection.

Already selected by Mixmag as their 'Compilation of the Month' for November, this yet another must have CD from the Digital Society / Enhanced labels.