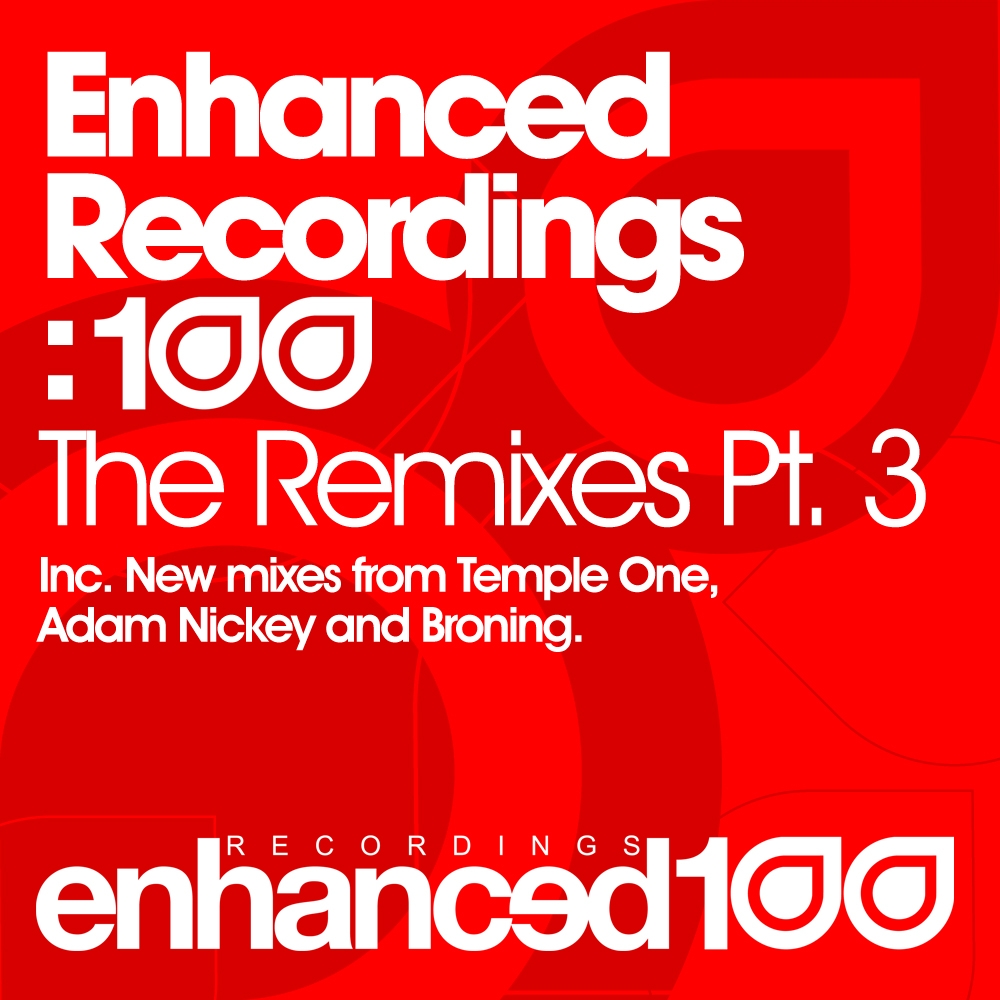 Part Three of the Remix EP's from the landmark 100th release on Enhanced Recordings features the full length versions of brilliant remixes from Temple One, Adam Nickey and Broning, of artists Orjan Nilsen, Apollonia and Sequentia respectively! Read on for more information on the full release!