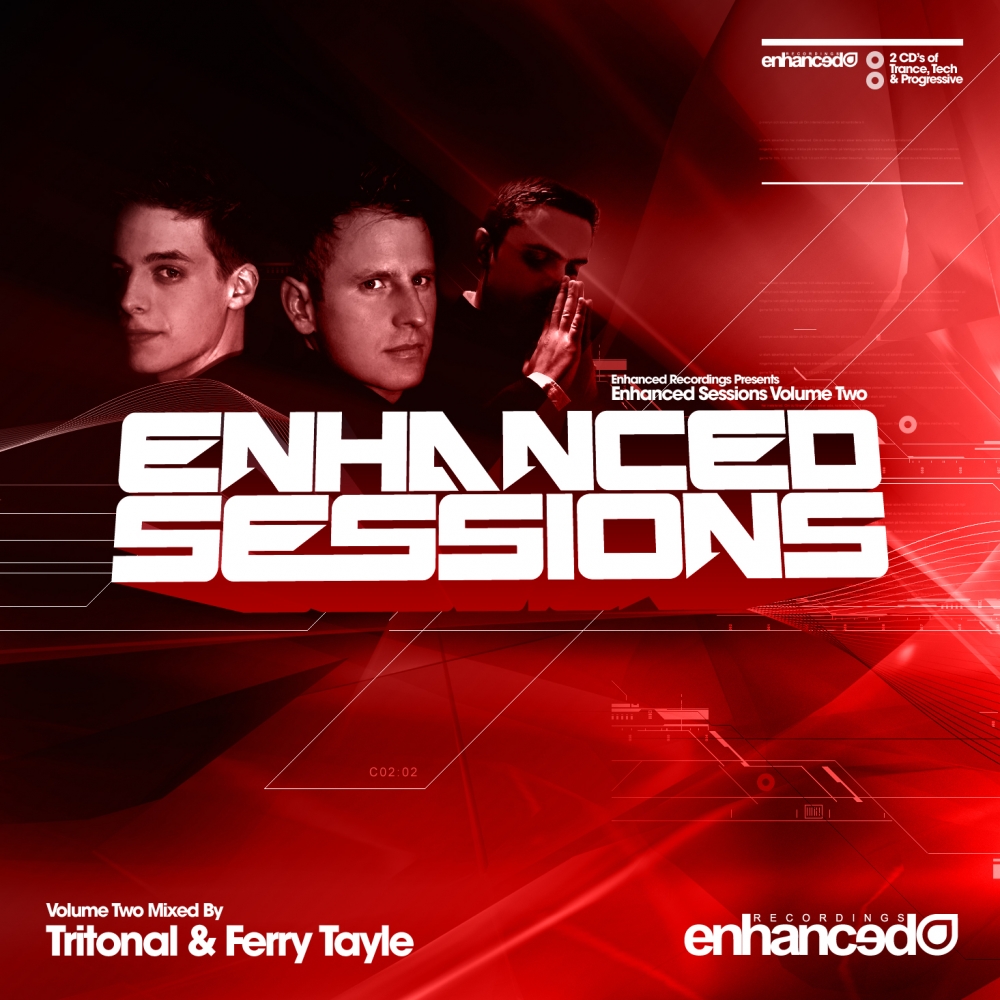 One of the highlights of summer 2009 for Enhanced was the release of Enhanced Sessions Volume One mixed by label stars Temple One and Estiva. Now it's the turn of the on fire Frenchman, Ferry Tayle and The USA's hottest trance duo Tritonal to take on the baton as they serve up the eagerly anticipated second edition of Enhanced Sessions this summer.

Tritonal have seen a meteoric rise to fame in the last 24 months, narrowly missing out on a DJ Mag Top 100 place in 2009, and are odds on favourites to bank themselves a position in the chart this time around. With an army of dedicated fans in their own country which has seen them play in virtually every major city coast to coast, and international gigs spanning all continents, the duo with the midas touch in the studio have shown they're more than capable of rocking 10,000 people strong events.

With tracks and remixes supported by every major DJ, Tritonal have chalked up a staggering release rate with their futuristic sound, outstanding collaborations with Cristina Soto, and the straight up club smashers such as Utopia on Enhanced this year. 2010 also see's the duo launch their new label, Air Up There Recordings, under the Enhanced umbrella, and debut artist album this autumn.

France's No 1 trance export Ferry Tayle is another DJ/producer on everybody's lips, having delivered two of the biggest releases in the past 12 months, L'Acrobat and Trapeze, as well as appearing at the world's biggest trance events, notably Trance Energy this year.

Famed for his euphoric productions and DJ sets, Ferry, like Tritonal is a showman at heart and his stadium rocking and charismatic performances have seen his worldwide appeal grow, as have his remixes for some of the biggest labels going and his huge global radio show, Flightbook. Also beavering away in the studio on his next artist album, packed with some almighty collaborations, 2010 looks to be the biggest year yet for France's trance ambassador.

Like any Enhanced CD, this release comes packed with way above the average amount of exclusives from the men at the controls themselves, and their fellow Enhanced label mates (that's 17 in total!), showing off 2009's 'label story of the year's' (DJ Mag) summer releases. With unheard, unreleased tracks from the likes of Tritonal, Ferry Tayle, Daniel Kandi, Sequentia, Estiva, Vast Vision feat. Fisher, Roger Shah and Temple One, along with some of this year's biggest tracks from Kyau & Albert, Mat Zo, Armin van Buuren and Midway, this is a scorching tracklist for the summer!