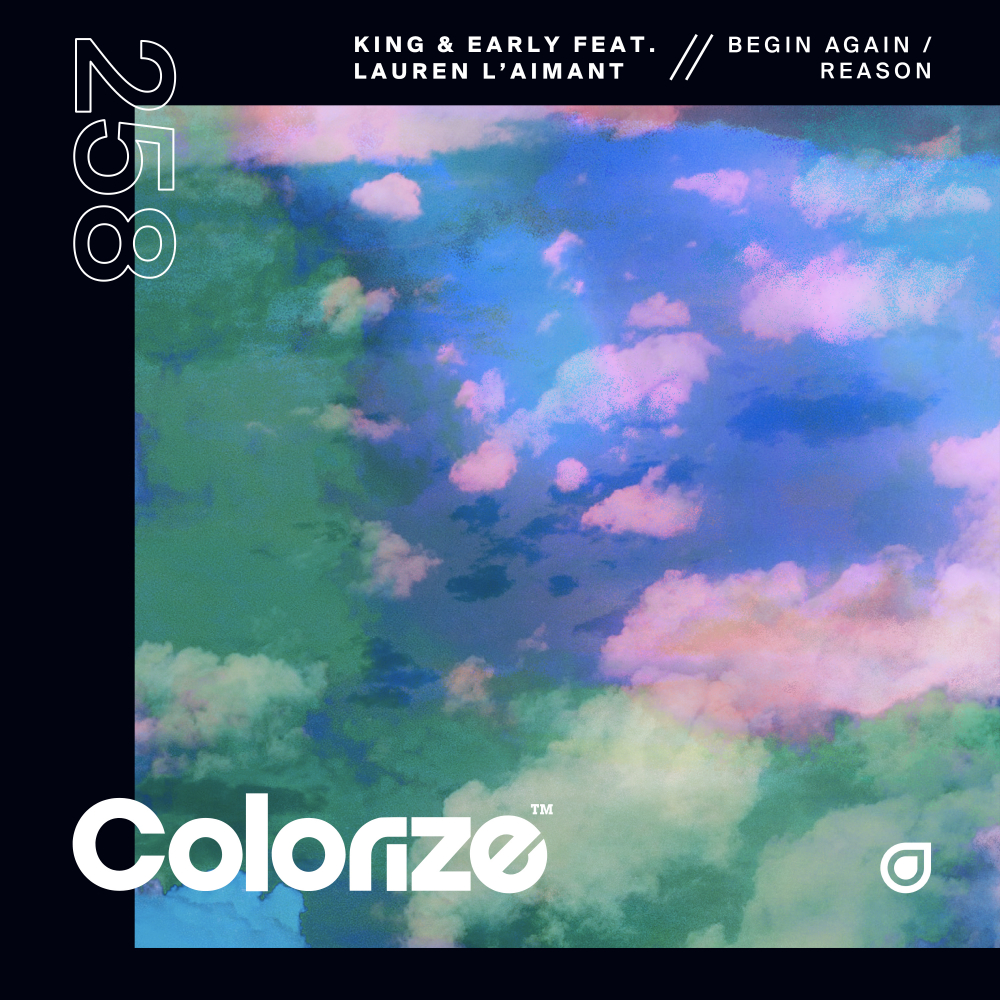 'Begin Again / Reason' is the first release from King & Early on Colorize!

Hailing from London, UK, King & Early bring a well-rounded and polished progressive house sound to Colorize with their debut release. 'Begin Again', with vocals from London singer / songwriter Lauren L'aimant, premiered as part of PRAANA's mix on Volume Two of Colorize's yearly 'Colorscapes' compilation, and now it's joined by 'Reason' to complete a gem of an EP. The two tracks are a rousing showcase of King & Early's clean, danceable sound.